Kristallnacht (“Night of Broken Glass”) took place on November 9 and 10, 1938. The Nazis used the murder of a low-level German diplomat in Paris by a 17-year-old Polish Jew as an excuse for ordering a pogrom in Germany, recently occupied areas of the Sudetenland in Czechoslovakia and annexed portions of Austria. The teenager, Herschel Grynspan, wanted revenge for the sudden deportation of his parents (along with thousands of other Polish Jews) from Germany to Poland. Kristallnacht is viewed by many to be the beginning of the Holocaust. It was then that the policies of the Nazis turned violent and became law.

Since there were little or no protests from the United States  (although President Franklin D. Roosevelt did denounce anti-Semitism and violence in Germany and recalled his ambassador to Germany, Hugh Wilson) or other countries, it gave Hitler the green light to target the Jews of Europe. A gradual implementation of discriminatory laws ensued, followed by the establishment of ghettos, mobile killing squads, and concentration and extermination camps. The Nazis believed in the racial superiority of the Aryan race and the importance of territorial expansion and world domination. Thus, non-Aryan “races,” such as Jews, had to be expelled and destroyed. The Final Solution was implemented to address the “Jewish problem,” which led to the systematic murder of 6 million European Jews.

I feel fortunate that I did not lose any immediate members living in Germany at the time.  They had sponsors in the U.S. and escaped in May 1937 and May 1938, prior to Kristallnacht. Many factors contributed to their decisions to leave Germany where they had lived happily for many generations. They were discriminated against in school where they were belittled, humiliated, and given lower grades than they deserved. My maternal uncle was beaten up periodically on school property and had to be withdrawn from school for his own safety. He continued his schooling in Florence where he lived with relatives. For similar reasons, my father completed work apprenticeships in Paris, Milan, and Barcelona in the textile trade, which was the profession of his father. My mother’s first love and boyfriend at age 16 came to school one day in a Nazi uniform and stopped speaking to her, as did many of her close friends.

The most important factor that contributed to their decisions to leave was that their very successful businesses were taken away from them, and as a result, they had no means of a livelihood to support themselves and their families. It is hard to imagine what they went through, and I do not take my own freedom for granted.

There is a long history of anti-Semitism, and I find it disturbing that anti-Semitism is dramatically on the rise in the U.S. and around the world. I have reviewed different surveys and am amazed how few people have ever heard of Kristallnacht or the Holocaust.  Many Holocaust survivors are no longer with us or are elderly. Who will carry on their stories if not us?  History can repeat itself.  We know that silence and indifference can lead to terrible and unthinkable consequences.

In closing, I am proud to be a member of the Holocaust Speakers Bureau. I think it is essential to educate our children (as well as adults) about the Holocaust and the steps we can take to counter anti-Semitism, racism, and discrimination in our world through our words and actions. I hope the Holocaust becomes a required part of the history/political science curriculum in all schools. A bill mandating Holocaust education is awaiting passage in the North Carolina Legislature.

The pretext for the attacks was the assassination of the Nazi diplomat, Ernst vom Rath by Herschel Grynszpan, a 17 year old German born Polish Jew living in Paris.

In the aftermath of Kristallnacht, also called the “Night of Broken Glass,” some 30,000 Jewish men were arrested and sent to Nazi concentration camps. Kristallnacht was a turning point in the history of the Third Reich and paved the way for his “final solution,” the genocide of six million Jews.

Excerpt from the testimony of historian and Holocaust survivor Prof. Zvi Bacharach, who was ten years old when the events of Kristallnacht unfolded in Hanau, Germany. During the pogrom 91 Jews were murdered, more than 1,400 synagogues across Germany and Austria were torched, and Jewish-owned shops and businesses were plundered and destroyed. In addition, the Jews were forced to pay “compensation” for the damage that had been caused and approximately 30,000 Jews were arrested and sent to concentration camps. 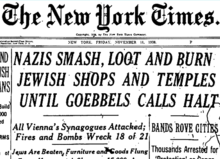 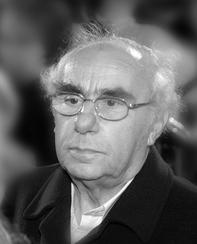 One would think that the Holocaust would have put an end to anti-Semitism, but it hasn’t. Anti-Semitism is alive and well and sadly, on the rise again. The Center for Holocaust Education has speakers and resources for schools and our community. Contact us for if you are interested in a speaker or arranging a field trip to our Dachau ashes memorial in Durham.

During those two days of violence, 90 Jews were killed (some estimates are much higher), 7,500 Jewish businesses were damaged, 1,400 synagogues were torched, 30,000 Jewish men were arrested and sent to concentration camps, and Jewish-owned shops, homes, schools, and cemeteries were vandalized, plundered, and destroyed. Following Kristallnacht, the Nazis blamed the Jews and fined them about $400 million dollars (at 1938 rates). 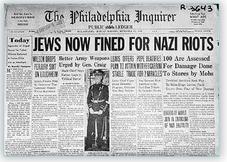 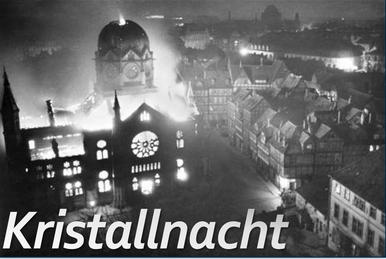 That was the heart of the problem of German Jewry: It was so much a part of German society that the Nazi blow hit it from within. Until 1938 my parents never thought of leaving Germany. "There's no way the Germans we live with will continue to do these things. It's only an episode." That was the atmosphere. It was also the atmosphere on Kristallnacht. They couldn't comprehend it. It came as a blow. I remember my mother standing pale and crying… I remember her phoning her gentile friends – she had more gentile friends than Jewish friends – No answer. No one answered her.

November 9th, 2020 marked the 82nd anniversary of Kristallnacht when Nazis in Germany, Austria and the Sudetenland torched synagogues, vandalized Jewish homes, schools and businesses and killed close to 100 Jews. 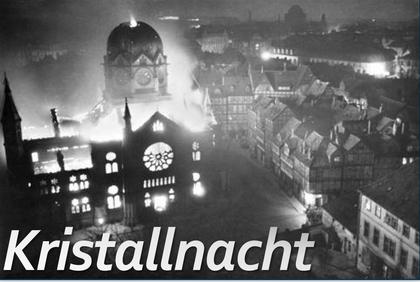