By the time the Red Army liberated the area in July 1944, the camp had 1,200 members, making it the largest partisan group in the Soviet Union and all of German- occupied territory. After the war, Tuvia moved first to Israel and later to the United States, where he died at age 81. In 2008 the inspiring story of the Bielski partisans was made into the motion picture 'Defiance', starring Daniel Craig and Liev Schreiber as Tuvia and Zus Bielski.

Tuvia Bielsky carried out one of the largest rescues of Jews by fellow Jews during the Holocaust. Due to his strong and effective leadership, a high percentage of the Bielski group survived. He saw the danger and suffering that plagued his people, and with determination he decided to save as many Jews as possible, illustrating how solidarity and exemplary values could prevail even living in a world t hat seemed to have lost it’s humanity.

The Bielski group. Photo from the USHMM

After one of the Bielski camp attacks , the brothers decided to relocate once again, this time to the dense Naliboki forest. They led the approximately 800 hungry and exhausted members through miles of swamps to an isolated island, called Krasnaya Gorka, in the center of the forest. They felt this was a safer place to build a new camp but here they encountered an unfamiliar forest with no help from peasants and informants. In October and November 1943, the brigade finished the construction of the Jewish village that came to be called ‘Jerusalem.’ It had a large kitchen, a Turkish bathhouse, a hospital, a soap factory, a butcher shop, a blacksmith forge, a small horse powered mill, a bakery, a tailor shop staffed by 18 men, a school for some 60 children, a gunsmith shop, and even a jail. A group of musicians played when Jewish festivals occurred. “Everybody was gainfully employed and it was an embarrassment if you weren’t working,” Tuvia said in his 1946 book, Yehudei Yaar (Jews of the Forest). 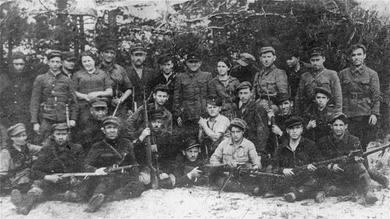 “Don’t rush to fight and die. So few of us are left, we need to save lives. It is more important to save Jews than to kill Germans.”  -Tuvia Bielskie 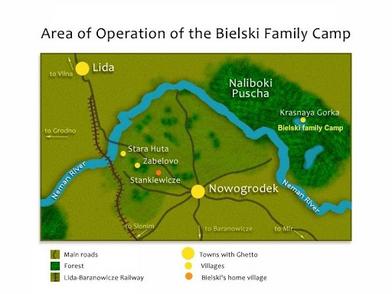 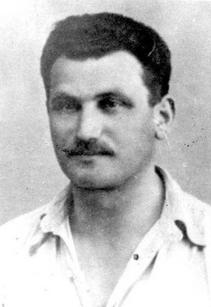 Emissaries were sent into the ghettos to retrieve Jews or urge them to leave. This was not an easy task. Many ghetto inmates wondered how one could live in the forest among trees, swamps, wild animals and mosquitoes. Some feared spending the harsh winters in the forest; others did not want to leave their families behind and thought about the consequences their escape could bring to the remaining Jews in the ghetto. Despite these fears and threats, escapes were attempted frequently. Many came to the conclusion that they would be killed anyway and preferred to die on their own terms. In the forest, people were at least free and had an opportunity to resist. Charles Bedzow remembers when he first saw Tuvia Bielski after escaping the Lida ghetto:

“He was, to me, the biggest hero in the world. After the ghetto and the killing, after living from hour to hour when we didn’t know when the Germans would take us away, it was incredible.  It was freedom.”

As the Bielski group grew bigger they faced different challenges like procuring enough food for the whole community, protecting the camp from intruders, defending themselves against Germans, keeping people from freezing to death, dealing with health problems and handling opposition and internal struggles within the group. In order to overcome their obstacles, the Bielski otriad (brigade) carried out food raids, killed Germans. They sometimes joined with Russian partisan groups in anti-Nazi missions, such as burning the ripe wheat crop so the German soldiers couldn't collect and eat the wheat. When the frigid Belarus winter arrived, the brothers organized the construction of large wooden living quarters, known as zemlyankas in Russian. These shelters were built partially into the ground, their structures utilized earthen walls to contain as much heat as possible. The dank, dark spaces were far from luxurious, but they kept the large group warm. “It also helped if we had a little vodka,” remembered one survivor.

During World War II approximately 30,000 Jews, many of whom were teenagers, escaped the Nazis to form or join organized resistance groups. These Jews are known as Jewish partisans. Some Jews joined hundreds of thousands of non-Jewish partisans fighting against their common enemy. Others joined Jewish units, who not only fought the German army but also focused on saving other Jews. Among them was Tuvia Bielski, who is considered to be one of the greatest heroes of anti-German resistance, a man who master-minded and led one of the most significant Jewish rescue and resistance operations of the Holocaust. This article commemorates the anniversary of his death on June 12, 1987 in New York.

Tuvia Bielski was born in 1906 in Stankiewicze, a village located between the towns of Lida and Nowogródek in eastern Poland (western Belorussia today) which was annexed by the Soviet Union in 1939. In June 1941, the Soviets launched ‘Operation Barbarossa’. German troops invaded the Soviet Union followed by Einsatzgruppen, killing squads, which rounded up Jews, murdered them in mass graves and forced the remaining Jewish population into ghettos. After Tuvia’s parents and other relatives were murdered in a massacre of around 5,000 Jews on December 8, 1941, the Bielski brothers (Tuvia, Zusya, Asael, and Aharon) fled to the Belarusian forest and set up a partisan unit with Tuvia Bielski as commander. However, unlike other partisan groups, fighting the enemy was not their top priority. Their primary objective was to rescue Jews and to offer them shelter and protection in the forest. The brothers admitted not only those who were able to fight, but also children, women and men regardless of their ability to fight, their health status or age.  Tuvia Bielski explained that he “… would rather save one old Jewish woman, than kill ten German soldiers.”