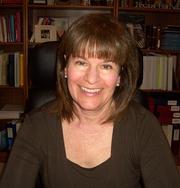 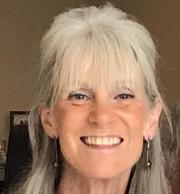 Sharon Halperin is the daughter of two Holocaust survivors from Poland and Latvia. Her mother survived the war by living in the forests of Poland. Her father escaped from the Riga (Latvia) Ghetto when his unit was tasked with digging ditches in a nearby forest. Both of her parents fled eastward as the war progressed and met in Russia, where they married. At the end of the war, they lived in several Displaced Persons Camps in Germany. In 1947, they immigrated to the United States. Sharon has worked on annual Holocaust commemorative services and events for over 30 years and has taught mini-courses that focus on lessons of the Holocaust, the use and abuse of power, resistance and rescue, and the role of personal responsibility. Sharon participated in The Belfer Conference, an intensive workshop for middle and high school educators which takes place annually at the US Holocaust Memorial Museum (USHMM) in Washington, DC. She has certificates of teacher training from the USHMM, Facing History and Ourselves: Holocaust and Human Behavior, The Holocaust Educator's Network, and Appalachian State University's Summer Symposium for Teacher Training on the Holocaust. She can be reached at sharonhalperin88@gmail.com.

Deborah Long’s mother was in the Lodz Ghetto, Auschwitz, Bergen-Belsen and Salzwadel. Her father survived the Bor death march, Flossenberg, Buchenwald, and Dora Nordhausen. Deborah has been researching her family history and searching for surviving family members for more than 50 years. Her research at the beginning of 2009 led to the shocking discovery of family artifacts which compelled her to visit her ancestral villages as well as to Germany to understand her parents’ Holocaust history. Deborah is a professional educator. She can be reached at debbietheteacher@gmail.com.