Echoes and Reflections:  Courses by Echoes and Reflections (sponsored by the Anti Defamation League, Yad Vashem and the USC Shoah Foundation) are free of charge.  Echoes & Reflections empowers middle and high school educators with dynamic classroom materials and professional development. Offered and listed on their website is a powerfully-packed schedule of free year-round webinars, online courses, and in-person programs and other resources to help educators gain the skills, knowledge, and confidence to effectively teach students about the holocaust.  For information, see echoesandreflections.org.​​

Here is a powerful article written by a social studies teacher at Marjory Stoneman Douglas High School in Parkland, FL who is a survivor of the 2/14/18 shooting at her school.  She reflects on the importance of Holocaust education in schools, "Learning about the Holocaust empowers us with the insight needed to question the past and the foresight to impact the future. Echoes & Reflections believes that through the study of the Holocaust, students can grow as responsible citizens and develop critical thinking, empathy and social justice skills for the future. My students have already exemplified that in the aftermath of this tragedy, and I’m so proud of their perseverance."  The Parkland massacre reminds us of the importance of Holocaust education

A Passover Haggadahfocusing on the Holocaust has been written by Rabbi Bernhardt Rosenberg. The rabbi, born in a displaced persons camp to Polish Holocaust survivors wrote this tribute to the victims and survivors as a reminder to post Holocaust generations to keep the memory of that experience alive. The message of the Haggadah is simple, Rabbi Rosenberg said: "If you want to fight against anti-Semitism, if you want to keep the memory of the Holocaust alive, you have to keep retelling the story." Visit this website for more information: http://holocausthaggadah.com/uploads/Rosenberg_Holocaust_Haggadah_updated.pdf

Video footage of 2018 Durham-Chapel Hill Holocaust Commemoration
presented by Jewish Sparks https://vimeo.com/266520921
The yearly Chapel Hill/Durham Community Holocaust Memorial Service was held at Judea Reform on April 25, 2018. At this service, the Personal Story of Suly Chenkin, a Holocaust survivor, was presented together with the honoring of all of the Holocaust victims.

Video footage of A Historic Evening with Eva Schloss - stepsister of Anne Frank
presented by Jewish Sparks https://vimeo.com/262664177
On March 5th, an overflowing audience at Duke University was treated to the life story of Eva Schloss (stepsister of Anne Frank). Her story transversed her pleasant childhood to the horrors of the Holocaust and horrific conditions of Auschwitz.

Holocaust to Hope; A Story of Survival by CJ Poran
The son of 2 Holocaust survivors, CJ Poran shares his family's heroic story with meticulously researched details, including personal photographs and maps. Click here to read his memoir.

Coursera offers three free online courses on the Holocaust, including:

Save Their Stories: The Undiscovered Diaries of the Holocaust   Project of the United States Holocaust Memorial Museum​ to rescue the evidence of the Holocaust to ensure the voices of survivors and victims live on for perpetuity.​Every firsthand record of the Holocaust has an important story to tell, of suffering and strength, persecution and perseverance. Victims’ experiences have the potential to reveal a new aspect of Holocaust history or highlight its relevance to the world today​

A Guide to the Holocaust (pdf)

Definition of the Holocaust (pdf); excerpted from the United States Holocaust Memorial Museum's online article Introduction to the Holocaust

The Nuremberg Laws of 1935 (pdf): excerpted from About.com

​36 Questions about the Holocaust (pdf); from the Museum of Tolerance's Online Multimedia Learning Center

USHMM film: The Path to Nazi Genocide (online video).
NOTE: This film is intended for adult viewers, but selected segments may be appropriate for younger audiences.
Using rare historical footage, the United States Holocaust Memorial Museum has produced a concise,
​ informative overview of the Holocaust. Educators are encouraged to begin their Holocaust unit with the film.

​Be an Agent of Change flyer (pdf)

of the Holocaust and the American eugenics programs and offers historical timelines, videos and photographs,
​ and learning activities.

Teaching Resources on the Holocaust (link to USHMM website), including activities, lesson plans, and films, such as "The Path to Nazi Genocide", which offers a concise overview of the Holocaust and what made it possible.

Child Holocaust Diarists and Artists - Part IIDescriptions & drawings by other children who contributed memorable records of their lives during the Shoah.
(PDF article with images)

WWII Reenactment Documentary Playing Soldier follows the exploits of six very different people who may never have met each other if it weren't for their strange, shared hobby...World War​ II​ ​​ reenacting. ​Each don​s​ vintage uniforms and relive​s​ someone else's war​. Inevitably,​ conflicts ensue.​To view the trailer, visit:
http://www.playingsoldierthemovie.com/trailer.html
To purchase a copy of the documentary ($20) please contact Ed Gendron, Director and Producer, at gendron_ed@hotmail.com​.​

RESOURCES ON THE WARSAW GHETTO UPRISING

A video on the destruction of the Ghetto:  https://www.youtube.com/watch?v=ot37JrP9J2E

Ringlebaum Archives: http://www.yadvashem.org/yv/en/exhibitions/ringelbum/photos_documents_diaries.asp (for pictures of what was found in the milk cans)

The Museum of Jewish-Polish History which was recently opened on the site of the Warsaw Ghetto:  http://www.polin.pl/en

Samuel Kassow, a 2-G, has written a book on the archives written and collected by Ringelblum. http://www.yadvashem.org/yv/en/education/books/who_will_write.asp

Other Resources on Genocide

Heeling our World: One Shoe at a Time(video): Students at Beaufort Middle School in North Carolina, USA made shoes for barefoot children in Mozambique. 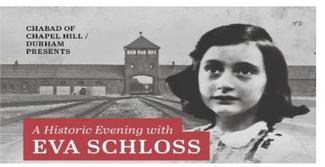 OTHER Resources on the holocaust

Holocaust memorials from around the world from Amir Taller