This year's audit recorded a total of 1,879 attacks against Jews and Jewish institutions across the country in 2018, the third-highest year on record since ADL started tracking such data in the 1970s.

The ADL Audit classifies all documented incidents into three categories: assault, harassment and vandalism. Reflected in the Washington D.C. regional data (which includes Maryland, North Carolina, Virginia and Washington, DC) is a significant shift away from acts of vandalism towards incidents of harassment and assault, including the first recorded/documented assaults motivated by anti-Semitism in the region in recent years.

State-by-state breakdown for our region:

“We are deeply concerned by the interpersonal nature of the anti-Semitic incidents in our region, whether perpetrated by classmates, neighbors, or strangers, we cannot allow this bigotry to be normalized in our communities” said Doron F. Ezickson, ADL Washington D.C. Regional Director. “Our programs and efforts with community partners, local schools and universities, and law enforcement are a vital first step to confronting the challenges of anti-Semitism and all forms of hate. These and other efforts have helped strengthen communities against the impacts of bias and bigotry. But we all have a responsibility to remain vigilant and to realize in our own lives and social interactions the values and principles we want our society to demonstrate.”

In a year marked by the white supremacist shooting spree at a Pittsburgh synagogue, which claimed 11 lives, and punctuated by a dramatic surge in white supremacist propaganda activity nationwide, ADL’s Audit identified 59 people across the country who were victims of anti-Semitic assaults in 2018, up from 21 in 2017. While the overall number of incidents represents a 5 percent decline from 1,986 incidents reported in 2017, the number of incidents last year remained at near-historic levels – 48 percent higher than the total for 2016 and 99 percent higher than in 2015.

“We’ve worked hard to push back against anti-Semitism, and succeeded in improving hate crime laws, and yet we continue to experience an alarmingly high number of anti-Semitic acts,” said Jonathan Greenblatt, ADL CEO and National Director. “We unfortunately saw this trend continue into 2019 with the tragic shooting at the Chabad synagogue in Poway. It’s clear we must remain vigilant in working to counter the threat of violent anti-Semitism and denounce it in all forms, wherever the source and regardless of the political affiliation of its proponents.” All but four states experienced anti-Semitic incidents. In addition to the October mass shooting at the Tree of Life synagogue in Pittsburgh, 2018 saw high levels of white supremacist activity, including propaganda on college campuses and in communities, and hateful robocalls aimed at voters.

Of the total incidents reported nation-wide in 2018:

Assaults: 39 incidents, marking an increase of 105 percent from the 19 incidents reported in 2017. Those incidents affected 59 victims, up from 21 in 2017, and including the 11 fatalities and two injured congregants in Pittsburgh.

Assaults Against Jews More Than Double 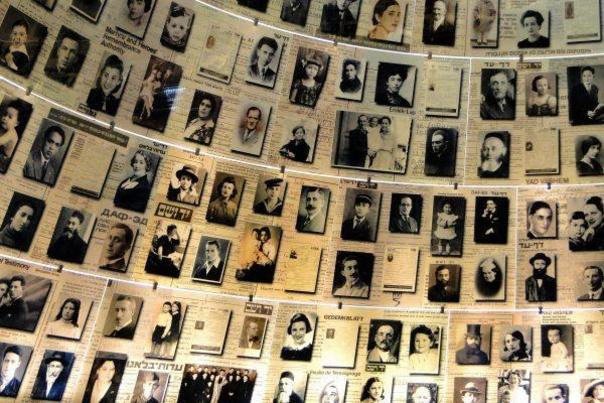 The Hall of Names at Yad Vashem is a memorial to each and every one of the six million Jew who perished in the Holocaust.

On September 16, 2020 Gideon Taylor, President of the Conference on Jewish Material Claims Against Germany (Claims Conference), announced the release of the U.S. Millennial Holocaust Knowledge and Awareness Survey, the first-ever 50-state survey on Holocaust knowledge among Millennials and Gen Z. The surprising state-by-state results highlight a worrying lack of basic Holocaust knowledge, a growing problem as fewer and fewer Holocaust survivors – eyewitnesses to a state-sponsored genocide – are alive to share the lessons of the Holocaust.

Nationally, there is a clear lack of awareness of key historical facts; 63 percent of all national survey respondents do not know that six million Jews were murdered and 36 percent thought that “two million or fewer Jews” were killed during the Holocaust. Additionally, although there were more than 40,000 camps and ghettos in Europe during the Holocaust, 48 percent of national survey respondents cannot name a single one.

The state-by-state analysis yielded a particularly disquieting finding that nearly 20 percent of Millennials and Gen Z in New York feel the Jews caused the Holocaust.

“The results are both shocking and saddening and they underscore why we must act now while Holocaust survivors are still with us to voice their stories,” said Gideon Taylor. “We need to understand why we aren’t doing better in educating a younger generation about the Holocaust and the lessons of the past. This needs to serve as a wake-up call to us all, and as a road map of where government officials need to act.”

Click here to read more​ about results of the full survey.