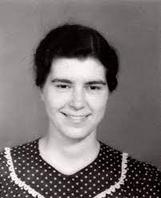 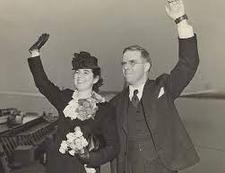 The Righteous Among the Nations​

Varian Fry (1907–1967). Varian Fry was an American journalist who helped anti-Nazi political and intellectual refugees escape Nazi-controlled Vichy France between 1940 and 1941. He was an urbane Harvard graduate working as an editor in New York, and he volunteered for the Emergency Rescue Committee’s project to bring 200 individuals from the French port city of Marseille to safety. Because he was unable to gain cooperation from the French government or the American Consulate in Marseille, he established a clandestine operation by which artists, writers, philosophers, and their families, Jews and non-Jews alike, were able to escape to safety. By the time the French expelled Fry in September 1941, he and his colleagues had managed to save some 2,000 refugees, including Max Ernst, Marcel Duchamp, Hannah Arendt, and Andre Breton. https://encyclopedia.ushmm.org/content/en/article/varian-fry?parent=en%2F11778 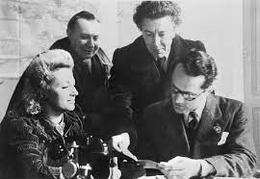 Lois Gunden. In October 1941, less than two months before Japan bombed Pearl Harbor, Lois Gunden, a French teacher, traveled from Indiana to southern France to open a home for Spanish and Jewish refugee children. Gunden, a Mennonite, cared for and protected dozens of children for more than a year, until she was arrested and interned in Nazi Germany. After being released in a prisoner exchange in 1944, she returned to the United States and resumed teaching in Goshen, Indiana. https://exhibitions.ushmm.org/americans-and-the-holocaust/personal-story/lois-gunden.

The Righteous Among the Nations, honored by Yad Vashem (the Holocaust Martyrs and Heroes Remembrance Authority in Israel), are non-Jews who took great risks to save Jews during the Holocaust. The Righteous Among the Nations were a small group of individuals who stood with extraordinary courage to uphold human values in a world of moral collapse. They protected their Jewish neighbors at a time when hostility and indifference prevailed.

Master Sergeant Roderick W. Edmonds (August 20, 1919 – August 8, 1985). Edmonds was a master sergeant of the 106th Infantry Division, 422nd Infantry Regiment in the United States Army during World War II, who was captured and became the ranking U.S. non-commissioned officer at the Stalag IX, -a prisoner-of-war (POW) camp in Germany, where, at the risk of his life, he saved an estimated 200 Jews from being singled out from the camp for Nazi persecution and possible death. https://vimeo.com/198357872

Rescuers and rescued Jews lived under constant fear of being caught; there was always the danger of denunciation by neighbors or collaborators. The price that rescuers had to pay for their action differed from one country to another. In Eastern Europe, the Germans executed not only the people who sheltered Jews, but their entire family as well. Notices warning the population against helping the Jews were posted everywhere. In Western Europe punishment was less severe, although the consequences could be incarceration in camps or execution.

The Righteous were ordinary human beings who displayed courage, compassion and acted on their moral principles. They were Christians from all denominations and churches, Muslims and agnostics; men and women of all ages; highly educated people, as well as illiterate peasants; public figures, as well as people from society's margins; city dwellers and farmers from the remotest corners of Europe; university professors, teachers, physicians, clergy, nuns, diplomats, simple workers, servants, resistance fighters, policemen, peasants, fishermen, a zoo director, a circus owner, and many more. The Righteous were a diverse group of people with the common denominator of having a moral conscience and altruistic personality.

While the Righteous Among the Nations went to different lengths to save Jews, Yad Vashem outlines four distinct ways these individuals helped the Jewish community. The first was by hiding Jews in the rescuer's home or on their property and providing food and other necessities to them while in hiding. Secondly, some of the Righteous obtained false papers and false identities for those they saved. The third type of rescuer were those who helped Jews escape from Nazi occupied territory or to a less dangerous area. Finally, some rescuers saved children after their parents had been taken to concentration camps or killed. 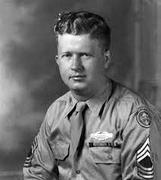 Bystanders were the rule, rescuers were the exception. Those were difficult and frightening times, but rescuers refused to be bystanders and acted with courage to save lives. The Righteous Among the Nations teach us that every person can make a difference. Their empathy and a sense of connection to others, should serve us as a model to us all.

● What pressures and motivations may have influenced the decisions of rescuers?

● Are these factors unique to this history or universal?

● How can societies, communities, and individuals reinforce and strengthen the willingness to stand up for others? 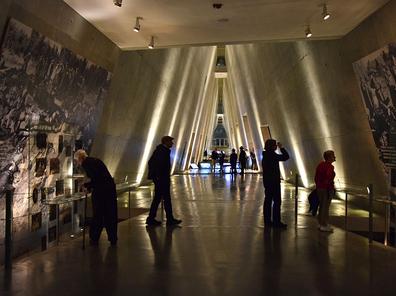