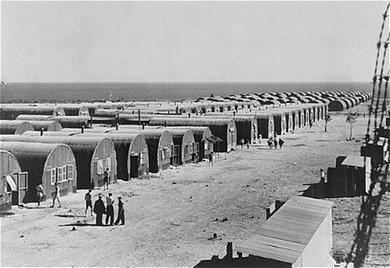 By the early 1920s, Great Britain issued the Balfour Declaration which had publicly committed to help establish a Jewish state in Palestine. However, as the British authorities were strongly affected by Arab pressure, in the early 1930s, the “Passfield” White Paper was issued and the British began withdrawing their support for the Jews by imposing severe quotas on Jewish immigration. Zionist groups responded with a policy called Aliyah Bet, meaning illegal immigration. The Jews in Palestine called these immigrants ma'apilim, from the Hebrew word ha'apala, meaning upward struggle. Most reached Palestine by boat and tried to enter the country secretly. The first ship of illegal immigrants reached Palestine in 1934. At that point, the Jewish Agency leadership did not approve any illegal method of immigration, however, by 1939, David Ben-Gurion realized that Aliya Bet was the only real option for Jews to reach Palestine and the Mossad le-Aliya Bet, the official Aliya Bet organization, was then created. This change in politics was the response to the 1939 White Paper, issued by the British, that stated that Jewish immigration to Palestine was limited to 75,000 for the first five years, subject to the country’s “economic absorptive capacity”, and contingent on Arab consent. Also, stringent restrictions were imposed on land acquisition by Jews.

During World War II, Aliya Bet became one of the principle ways of rescuing Jews. However, the Mossad had to deal with many problems, including the lack of funds, the continuing British blockade of Palestine, the loss of contact with European countries, the hazards of maritime travel under wartime conditions, and the difficulty in obtaining vessels for transport of illegal immigrants. This led to the slowing down of Aliya Bet, and by 1942, its complete postponement. Despite the dangers, 62 such voyages were carried out from 1937 to 1944. The Mossad resumed operations in 1944 when the Jews of Palestine became aware of the extent of the Holocaust. 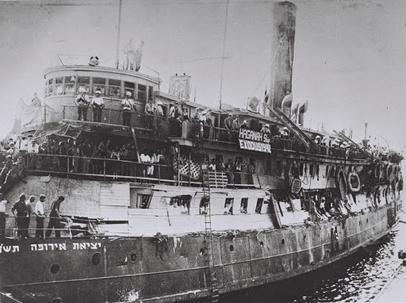 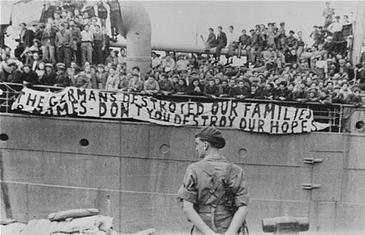 Protest on board of the Exodus 1947

During the period of 1944 to 1948, the Jews in Eastern Europe sought to leave that continent by any means. The horrors of the Holocaust, coupled with postwar anti Semitism and violence, prompted most survivors to seek entrance to Palestine. Illegal immigration was the major method of immigration, because the British, by setting the quota at a mere 18,000 per year, virtually terminated the option of legal immigration. Emissaries from the Mossad l'Aliyah Bet, together with Jewish partisans and Zionist youth movements cooperated in establishing the Brihah (Hebrew for "flight") organization, which helped nearly 200,000 Holocaust survivors move from the displaced persons camps, primarily in Germany, Austria, and Italy, or from elsewhere in eastern Europe to port cities, typically in Italy, France, Yugoslavia, or Greece.

The  would-be immigrants traveled to Palestine in substandard conditions, often old cargo vessels and overcrowded ships, only to be caught by the British and be interned in detention camps. Over 90 percent of the ships were intercepted by the British navy and over 50,000 Jewish refugees were held in Cyprus until the State of Israel was established in May 1948.

Among them was the SS Exodus 1947, which carried some 4,500 Jewish displaced persons. The vessel set sail from Marseille, France in July 1947 and was intercepted by British destroyers even before entering Palestine's territorial waters. The passengers resisted removal and violence followed, resulting in three refugees killed and many injured. The passengers were forced to return to their point of embarkation. French authorities however, refused to remove them for almost a month. Finally, the British sailed the vessel to Hamburg, removed the passengers by force, and interned them in a British-administered holding camp. The sight of Jewish refugees, many of them recently freed from Nazi concentration camps, being held in detention camps on German soil was disturbing, to say the least. It also challenged the image of the British as liberators, provoking an international outcry. This policy proved to be a disaster for the British government, with foreign press coverage of the plight of the refugees arousing sympathy. 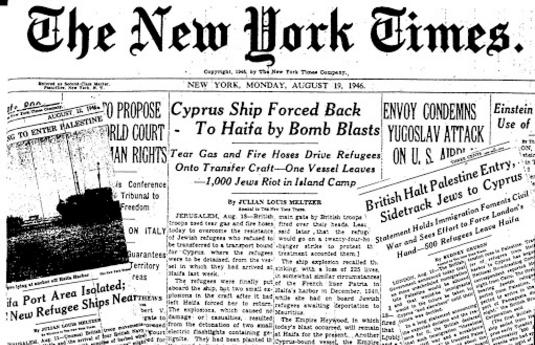 In November 1947, the United Nations voted to partition Palestine into two countries, one Jewish, one Arab. British troops began to withdraw from Palestine in April 1948, and in May 1948 the Zionist leader David Ben-Gurion proclaimed the establishment of the modern state of Israel and all limitations on Jewish immigration were immediately lifted.


In total, it is estimated that between 1939 and 1948 approximately 110,000 Jewish immigrants had participated in Aliyah Bet by sailing and about 9,000, including 1,350 Syrian Jews, by land. The number of immigrants during the entire British Palestine Mandate period, legal and illegal alike, was approximately 480,000, close to 90% of them from Europe.
​

Aliyah Bet or "Illegal Immigration", was the organized entry of Jews into Palestine during the period of the British Mandate in contempt of the British government's restriction on Jewish immigration. This month's article commemorates the SS Exodus 1947 and its passengers, which departed from Marseille, France in July 1947.