When Lea Holczer returned home after the war, she found this matzah cover that her grandmother, Chana Reasz, had made in 1905.  Matzah is eaten in place of bread during Passover. (Yad Vashem Collection) 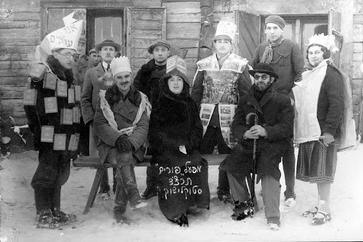 Avraham Hellmann served as a cantor for services held in the Sudetenkaserne Synagogue in Theresienstadt and this Scroll of Esther used on Purim was brought there. (Yad Vashem collection)

The Center for Holocaust, Genocide, and Human Rights Education of North Carolina

inspires students and members of our community to respect the dignity of all human beings by
teaching the challenging topics of the Holocaust, genocide, and tolerance. We work with schools, museums, libraries and houses of worship to develop age-appropriate materials, presentations and programs to help make the Holocaust relevant in light of current events in the United States and globally.

To learn more about the Holocaust and to access our resources, please visit the resources tab on this website. Also, you can view one of our five documentary shorts to hear and see firsthand, eyewitness testimony of a survivor.  You can also learn about our upcoming speaking engagements and view photos from our past events.

The stories of Purim and Passover share common themes: hatred towards Jews and the objective of destroying the Jewish People. They also share the positive outcome: the survival of the Jews. Throughout history, anti-Semitism has taken on different forms, and has been influenced by the time and place in which it occurs. Cultures, beliefs, theories and events have shaped the manifestation of anti-Semitism. Nevertheless, there are certain elements: hostile behavior, stereotypical attitudes and prejudice which have repeated themselves over many centuries. Today, sadly, anti-Semitism persists all over the world. Education is the most important tool we have to eradicate anti-Semitism and all forms of hatred. 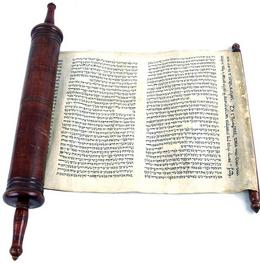 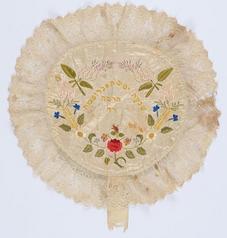 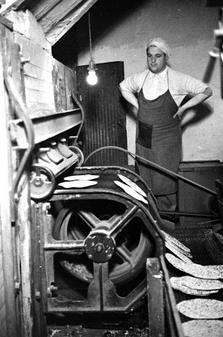 Purim is a joyous festival commemorating the survival of the Jews who, in the 5th century BCE, were marked for death by their Persian ruler. The story is related in the biblical Book of Esther. In summary, King Achashverosh held a lavish party. His wife, Queen Vashti, refused to follow orders and declined to attend. Incensed by the queen’s absence, the king decided to find a new wife and queen. After an exhaustive search, Esther became the new queen, but does not reveal her Jewishness. Mordechai, Esther’s uncle, uncovers a plot to assassinate the king, putting him also in a favorable position with the king. All this comes in handy when Haman, the king’s top advisor, convinced him that Mordechai, held him in disdain and refused obeisance, and that the Jews living under Persian rule were rebellious and should be slaughtered. With the king’s consent, Haman obtained a decree to have all the Jews destroyed. Purim is the Persian word for "lottery," used by Haman to determine a date for his planned destruction of the Jews. In the end, Esther gets the decree reversed, Haman is hanged on the gallows, and Mordechai becomes prime minister. This year Purim will be celebrated on Friday, February 26.

Biblical Anti-Semitism: A Look at the Jewish Holidays Purim and Passover

Passover commemorates one of the most significant events in Jewish history, the exodus from Egypt. The story is told in the book of Exodus of the Hebrew Bible.. The Jewish people had been enslaved by the Egyptians for hundreds of years. They suffered the many hardships and indignities of slavery. God saw their distress and sent Moses to Pharaoh with the message ‘let my people go.’ Pharaoh refused to free the Jews, and God sent ten plagues upon the Egyptians, culminating in the tenth plague – the killing of the firstborn in all Egyptian households. On the following day, the Jews were allowed to leave Egypt.

It is important to understand the reason Jews were enslaved in Egypt.According to the Book of Exodus, there was a famine in the land of Canaan (later known as Israel). Because of this famine, the Hebrew patriarch, Jacob, traveled with his extended family of 70 to Egypt to live in better conditions and be with his son Joseph. Joseph’s wisdom had impressed the Pharaoh of Egypt and he was appointed Viceroy of Egypt, second in power only to the Pharaoh. During the next 430 years in Egypt, the Israelites prospered and rapidly multiplied to about 3 million people. These numbers were so great, the Pharaoh became nervous that the Israelites were becoming too many in number to control. The Pharaoh decreed that the Israelites should be enslaved to build cities and roads for him so that they would be too tired and also would not have time to have children. Finally, when King Pharaoh saw that forcing the Hebrews to do hard work did not succeed in suppressing their rapidly growing numbers, he decreed that all newly born male children of the Hebrews be thrown into the Nile River. Only daughters would be spared. Moses was saved by the Pharaoh’s daughter and becomes the savior of the Jewish people. In the end, Pharaoh’s will to destroy the Israelites did not succeed.

The definition of anti-Semitism, according to the Anti-Defamation League (ADL), is: the  prejudice and/or discrimination against Jews as individuals and as a group. Anti-Semitism is based on stereotypes and myths that target Jews as a people, their religious practices and beliefs, and the Jewish State of Israel.

Anti-semitism has been called ‘the longest hatred’. It did not begin in the Nazi era, nor did it end with the close of World War II. Its continuance over the millennia speaks to the power of scapegoating a group that is defined as the “other.”

In Biblical times, Jews were criticized and sometimes punished for their efforts to remain a separate social and religious group, one that refused to adopt the values and the way of life of the non-Jewish societies in which they lived. The holidays of Purim and Passover present us with two occasions in the Bible where Jews have been persecuted.